Health2O
Water is the stuff of life - warm inside, cold outside. Did you know?
Healthy to 100: Aging with Vigor and Grace
Best and cheapest little book about how to live a healthy and long life!

Blog: On Health. On Writing. On Life. On Everything.

I Don't Care for Diamonds

For many years, I've been telling this story. Recently, it has gotten a new ending. And because of the upcoming election, it now got an urgency. It's not the usual stuff of my blog. But thoughts of decency are not too far from the natural world, I'd say.

Many years ago, at the end of the eighties, in a Rocky Mountain ski resort, we found ourselves at the dinner table of a rich man, with a few other guests. On my right side was my husband. On my left, a guy who let me know within minutes that he was from New York and worth two billons. Inside, I rolled my eyes, noting his bad manners and sighed that he obviously had no idea I wasn't into money. I had nothing to say to him.

That was when he looked down at my hand and exclaimed: "Your husband can't afford a better ring than that for you?!"

Truly shocked, I didn't find a single word to answer. About a week later, I came up with a few scathing retours. But not then. I loved the small red-golden ring with a tiny sapphire my husband had brought back from one of his travels to India. I remained silent. The rest of the dinner, it was as if the guy wasn't even there anymore. There was nothing on my left side. As I like good yarns, I often told this as a story about the rudest person I'd ever met.

Forward nearly three decades. When I saw the video clip online of Trump elbowing his way to the front row of international leaders, something clicked. With really no remembrance of the guy himself - just that he had been tall, blond and probably in his early forties - I recognized the pattern of bad behavior. From then on, I told the story as It could have been Trump.

Just very recently, in this fall of ongoing Pandemic and quiet desperation, I met the daughter of the rich man again. He himself has been gone for many years. I asked her the question I should have asked long ago: "Did your father know Trump?" She shook her head and said, "I really don't know how well my father knew him. But Trump owned the next door house."

Something I Just Learned from the Australian Aborigines

Tags: order, food, Aborigines, aging, Amazon, Australia, Australian celery, ballads, bush medicine, China, clams, coast, Envy, desert, emu, environment, First Nation, Flights, forest, freedom of speech, global warming, Gmail, Google, greed, grubs, immigration, kangaroo, Kardashians, knowledge, land, lizard, lobsters, maine, midden, mussels, Native Americans, Nobel Prize, Noongar medicine, Perth, Philosophy, place, Polish, revisitings, Roots, seasonal, Shanghai, sightseeing, Something I Just Learned from the Australian Aborigines, song, spirit location, spirit of place, strength, summer, time, Tokarczuk – Olga (1962-), totem, totem spot, travel, tribe, TWITTER, USA, Western Australia, war, Winter
Waiting for my transit airplane - already pretty stinky after traveling now for 24 hours, and not having farther advanced yet than from Perth to Shanghai - I find out that China does not allow access to Gmail, Amazon, Twitter or Google – so much for Freedom of Speech . I can as well use this time to write about things I learned in Western Australia recently. I learned about Noongar medicine, from the Aborigines in the South West – bush medicine, that is. The Aborigines are First Nation of Australia, just like our Natives in the Americas. The Aborigines believe that each person has a totem that is also the place where one belongs to, the spirit of that place, and the linchpin, so to speak, of your life. You see, the place from where you came, and where your soul is bound up, cannot be changed. That is some heavy stuff for somebody who, at age forty, left everything behind in Germany, and immigrated to the USA. But it is an interesting idea – one with many consequences. For instance, Aborigines are not interested in waging war, because you can only inhabit your own totem land, never the one of somebody else. His land will never be your land. So there’s no use for war. Nor for greed and envy, it seems. If you always live smack in the middle of the life that belongs to you – and only you – you are always home. You are also always at the most interesting, most fulfilled spot of your life. You wouldn’t have use for the Kardashians … Traveling – like I am doing now – has a different meaning under this aspect. Aborigines travel across the land according to changing food supplies throughout the seasons. Like Native Americans went from their winter dwellings in the forest to the coast in summer, to gorge on mussels and clams and lobsters – we still have an unexcavated midden near out Maine cabin. The Aborigines had an even harder life, roaming the arid regions of Western, North and middle Australia. They needed to know their seasonal foodstuff well – lizards and grubs and roots mostly, occasionally a kangaroo or an emu. All food is shared. I tried a piece of Australian celery last week. Very tasty. Seasonal is the keyword here. Aborigines don’t do sightseeing; they revisit their spirit location again and again. Because from there, strength and knowledge emanates. Place is important with such a concept; time is not. The seasons are revisitings. Life is a string of revisitings. Aging is not a problem. Any time you revisit your totem spot, you gain more knowledge, and – like the food – you share your knowledge with your tribe. The knowledge is handed down mostly as songs – long ballads, with repetitive lines. And the song is your totem, too. It is fascinating that I come to this Aboriginal knowledge just when I am also reading Flights, by the Polish author Olga Tokarczuk. I have been told she might win a Nobel – she certainly has written here a profound account of our restless, traveling lives. Not to hammer in the moral of this Aboriginal philosophy too much – you can do that for yourself. But I have found myself contemplating this new thought. New for me, of course. Very old for the Aborigines. So old that people estimate they have lived that same kind of life for at least 50,000 years. Without destroying their environment in the process. Compare this to our man-made global warming. Read More
Be the first to comment

Gluten is a sticky protein in wheat, barley, rye, AND oats, naturally. But the gluten in oats is called avenin; the gluten in wheat, barley and rye is called gliadin. Shorthand, we use the broader term "gluten" in the place of the more specific term "gliadin". That's why we can call oats "gluten-free". And it is true that many people with a gliadin problem, are able to digest avenin. Some, however, are not. And no effort to label oats as "gluten-free" will make it so - it always will contain its specific gluten called avenin. For the people who think "gluten-free" is a health fad: It is not. Celiac disease is a severe autoimmune disease, with many consequences if neglected. Roughly 1 in 100 of people worldwide have gluten sensitivity. It's real (because it's in your genes), and it can't be wished away. [This article first appeared as a letter in the New York Times health blog 4/14/2018] Read More 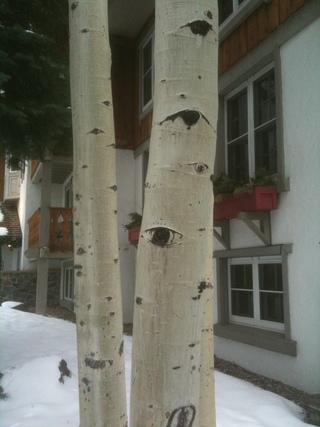 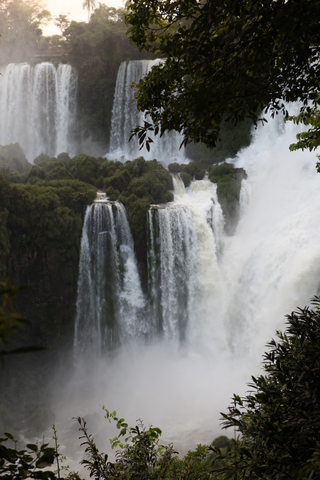 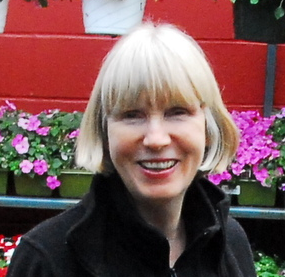